Big Brothers Big Sisters of the Heart of Georgia was recently awarded a $15,000 grant from the Community Foundation of Central Georgia to start its “Bigs with Badges” program.

“Bigs with Badges” is a component of the nationwide Big Brothers Big Sisters “Bigs in Blue” program, a one-to-one mentoring program that connects youth with police officers in hopes of building stronger bonds between law enforcement and the families they serve.

A new program in Bibb County, it was given the name “Bigs with Badges” since local law enforcement agencies wear both brown and blue uniforms depending on the agency.

“After the recent reports of violence across the nation in response to such shootings, the area is primed to react negatively to the police doing their jobs,” said Dianna Glymph, president/CEO of the local chapter of Big Brothers Big Sisters. Brothers Big Sisters believes that the one-to-one mentoring found in “Bigs with Badges” can make a difference. “Having law enforcement seen in a positive, contributing role in our schools can change the perspective of not only the youth but also their families,” Glymph said.

The agency is recruiting local law enforcement officers to work with 40 youth in area schools designated by the school systems.

“The grant money will be used to provide recruitment materials for the law enforcement personnel, and staffing to screen and train the volunteers, do a family assessment, and match the volunteers with the youth referred by the schools,” Glymph said. 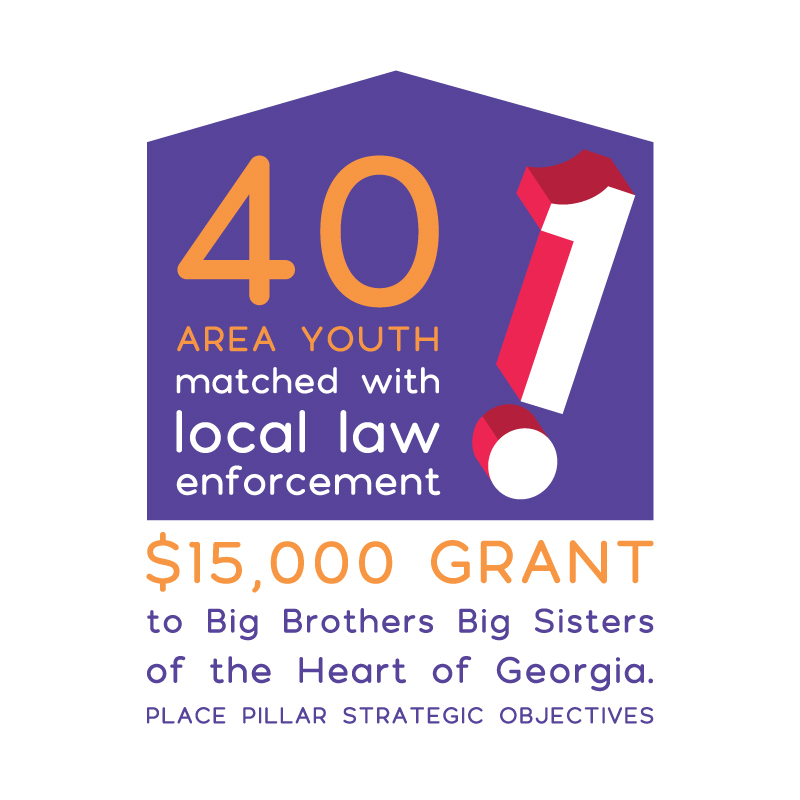