Since its inception in 2015, Read United, a program of United Way of Central Georgia, has impacted more than 1,000 elementary school students in Central Georgia.

“With First Steps we are screening new moms to make sure they know about all the various resources and benefits that are available to them and their child,” said George

McCanless, president and CEO of United Way of Central Georgia.

As part of this, families with young children get paired with professionally trained parent educators who help “better equip parents with the knowledge, tools and resources they need to maximize the development of their child,” McCanless said.

Pairing First Steps with in-school tutoring, in 2016 alone, the initiative reached 513 students in 11 elementary schools who were identified by the school system as struggling readers, and the reading scores of those children improved significantly. Twenty-three percent of the third graders reached grade level reading, and another 45 percent are less than 100 points away. Fifty-six percent saw their reading scores increase by more than 100 points.

Through increasing literacy in 218 local classrooms, the United Way hopes to close achievement gaps, increase graduation rates and disrupt the cycle of poverty all while building a stronger community. In the future, McCanless said he hopes the program can expand into the remaining Bibb County elementary schools, as well as into schools in the other 14 counties served locally by United Way.

Volunteers play a big role in that expansion. Sylvia McGee manages the AARP

Foundation Experience Corps, a group of volunteers ages 50 and older who serve as reading tutors with Read2Succeed.

“It is unequivocally important for our students to receive face to face interaction and encouragement with their reading,” McGee said in a news release. “Understanding how you can help is the first step to changing a child’s life.” 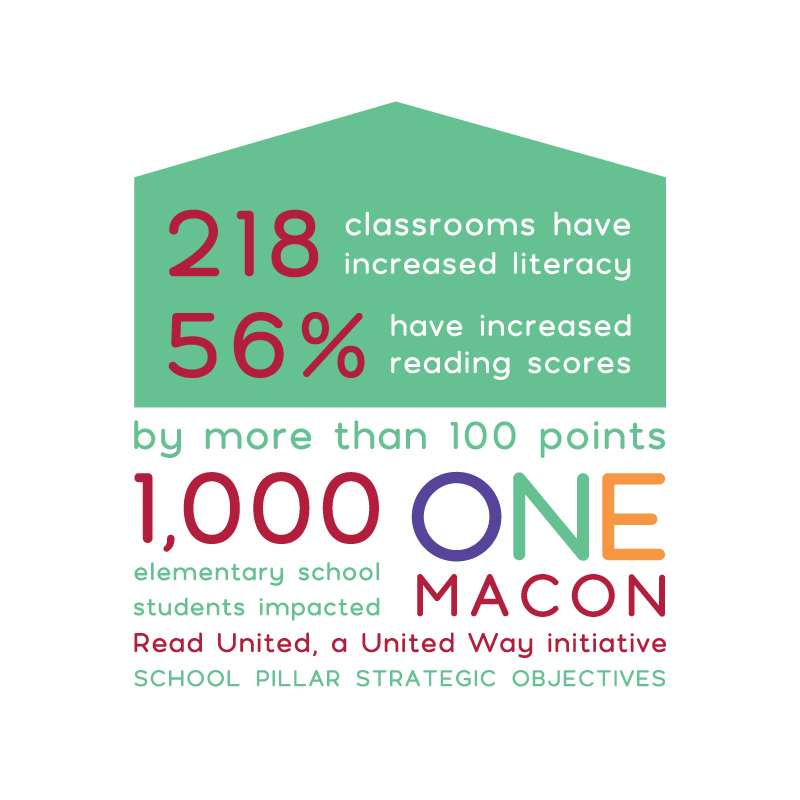