The numbers are staggering: 94,880 pounds of litter was picked up in Macon-Bibb County last year. So far this year, that number is 15,164 pounds.

Several agencies in Macon-Bibb want to bring attention to the impact litter has on our environment. Earth Day 2018 will do just that. The community-wide event will take place April 25 in Tattnall Square Park. Held in conjunction with the Mulberry Market, festivities happen from 4-7 p.m. The theme is, “End Plastic Pollution.”

Throughout the afternoon, the public is invited to visit with exhibitors and farmers who are showcasing various sustainable and green initiatives. There also will be a variety of animals, a kids’ zone area, scavenger hunt, giveaways, food trucks and live music throughout the afternoon. Last year’s event drew several thousand participants to the park, and festival organizers hope to draw even more this year.

Earth Day was started in 2008 through several agencies coming together. These included the Middle Georgia Clean Air Coalition, Bibb County Green Team, Ocmulgee National Monument, county extension services and the Mulberry Market. The Earth Day Festival itself has grown from less than 50 participants the first year to more than 2,500 in the last few years.

In addition to hosting Earth Day 2018, Macon-Bibb County is relaunching the city’s green initiatives. Previously, both the former city and county governments had green initiatives in place, and the new Green Team will build upon those efforts while seeking new ways the combined government can be more environmentally friendly, can clean up the community and save money, according to a news release.

Learn more about Earth Day events by searing EarthDayMacon on Facebook. Learn more about the Green Team, and what you can do to help, by visiting maconbibb.us/green-team. 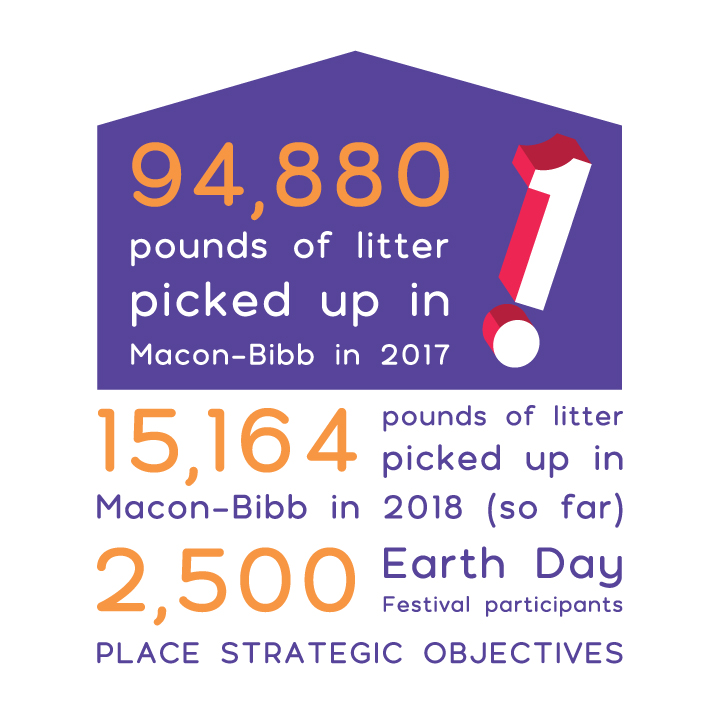