Peter Piper might have picked them, but Mr. Chips brought them to Macon. Mr. Chips, a leading supplier of pickle and pepper products, purchased a 120,000 sq. ft. building in the Ocmulgee East Industrial Park and approximately 30 acres (also located in the park) in 2014. The Pinconning, MI., company, which is a subsidiary of one of the largest grading and brining pickling operations in the country, invested $8.5 million in the facility and employed up to 50 people, according to a 2014 Macon Economic Development Commission press release.

Mr. Chips has only been in Macon for a short time, but the investment has been a game-changer in job creation and economic impact. Stephen Adams, Economic Development Director with the Macon-Bibb County Industrial Authority, said Mr. Chips was a pleasure to work with.

“It has been an honor working with the entire Mr. Chips team, a major agribusiness operation that sources cucumbers from local farmers and has invested millions of dollars in site development and rehabbing an existing facility in the Ocmulgee East Industrial Park,” said Adams. “Their tank brining operation can accommodate nearly 40 million pounds of cucumbers. Mr. Chips has been amazing corporate citizen during its short time in Macon-Bibb County and is a testament to why Macon-Bibb is a leading location for Agribusiness.” 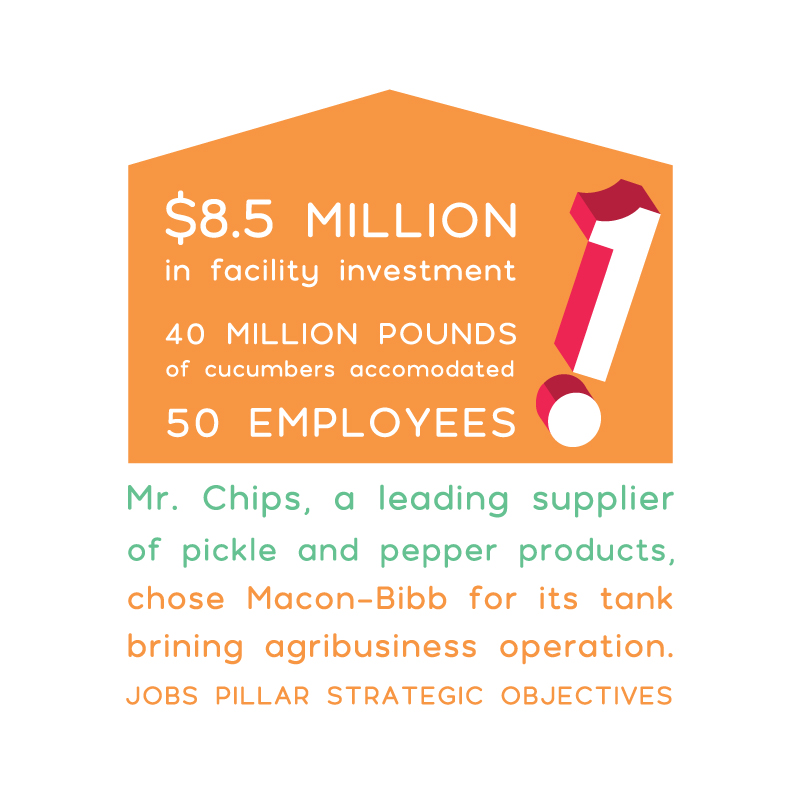