On Dec. 1 there was a miracle on Poplar. Seemingly with the click of a switch, 250,000 lights came to life, dancing in sync with holiday music, as hundreds of visitors strolled through the display.

The aptly named Main Street Christmas Light Show Extravaganza was created by Bryan Nichols, who won a Downtown Challenge grant from the Community Foundation of Central Georgia, made possible by the Peyton Anderson Foundation and the Knight Foundation.

The Downtown Challenge grant was created as a three-year program “that will fund the best ideas to transform downtown Macon,” according to the website.

Nichols initially received $75,000 for the lights. As his project began, he realized more funding was needed, and so he partnered with NewTown Macon and the Macon-Bibb Urban Development Authority to secure another $60,000 for the infrastructure needed to power the lights and sound.

About his idea, in a news release for Main Street Macon, Nichols said, “People love Christmas lights! … I thought, what if we did city blocks and we synced it to local music? People could come to downtown Macon and see what has changed over the last few years and hear talented local musicians and singers while enjoying the light show. I believe this could become a holiday tradition for families to enjoy year after year.”

With the help of his wife and children, Nichols spent three months building, hanging and programming the lights. “We took photos of the blocks and had them blown up so we could start designing the blocks and it has slowly changed here and there to be what it is now,” he said.

Free and open to the public, the lights are on every day from 6-11 p.m. with musical showtimes at 7 p.m., 8 p.m. and 9 p.m. Nichols said the lights will remain in place until Jan. 2, “unless people want them to stay on longer.” 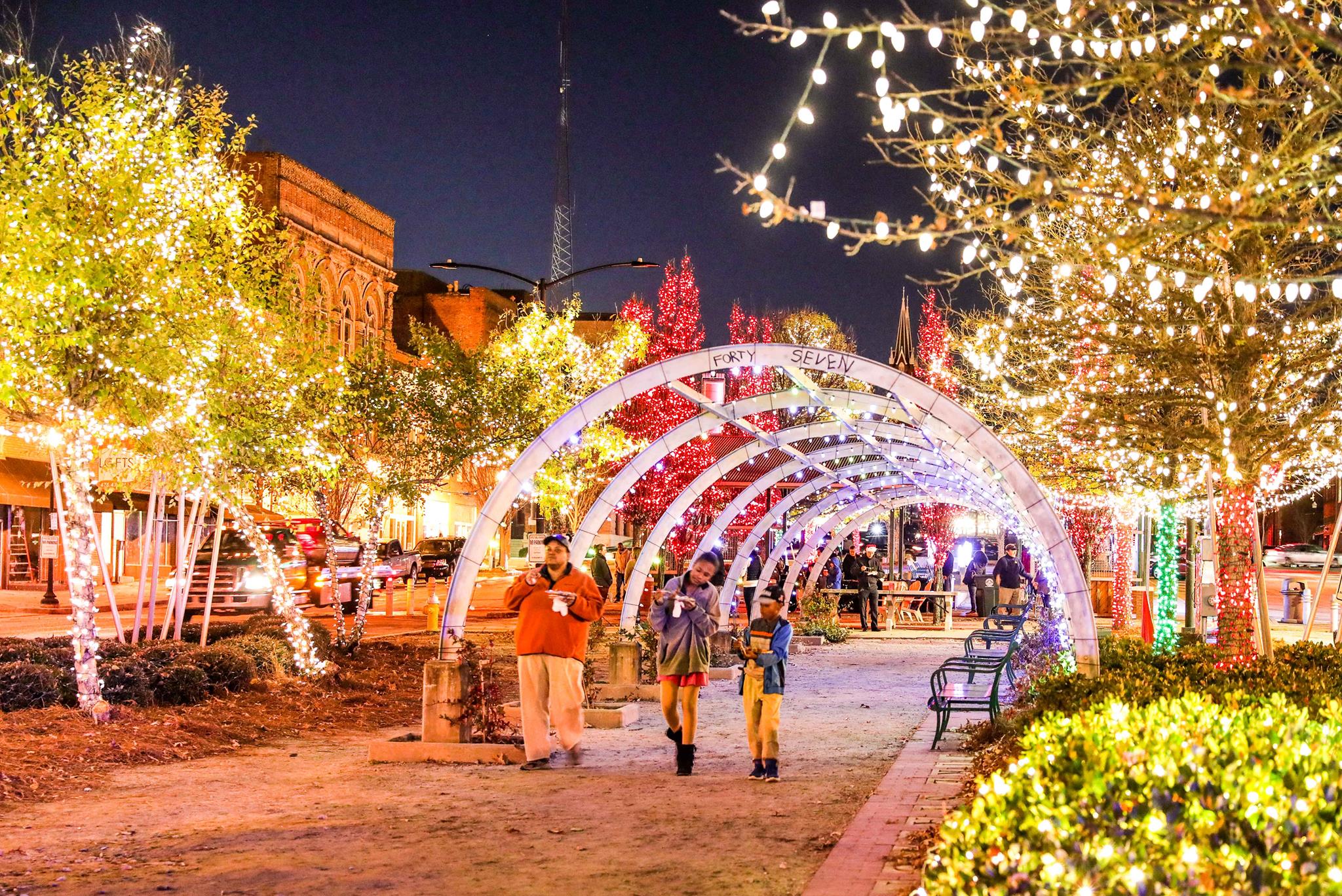 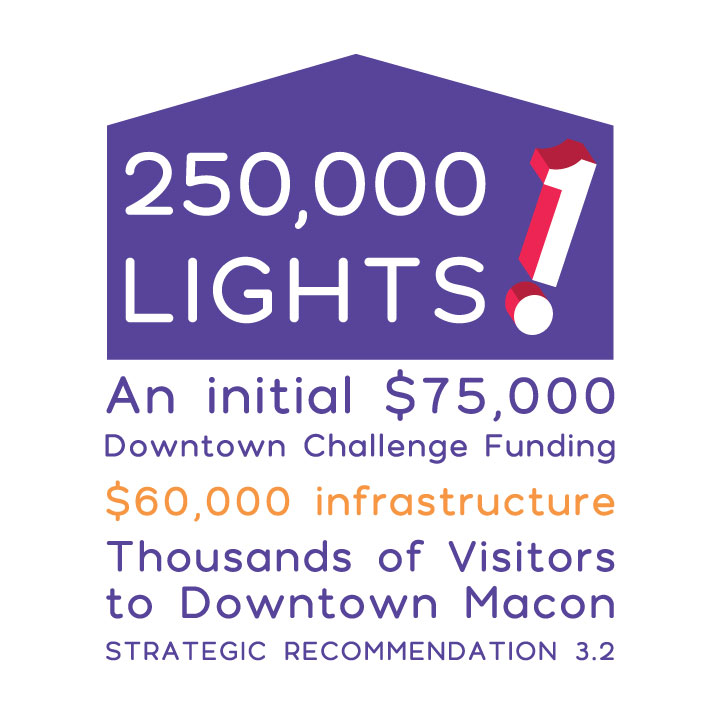